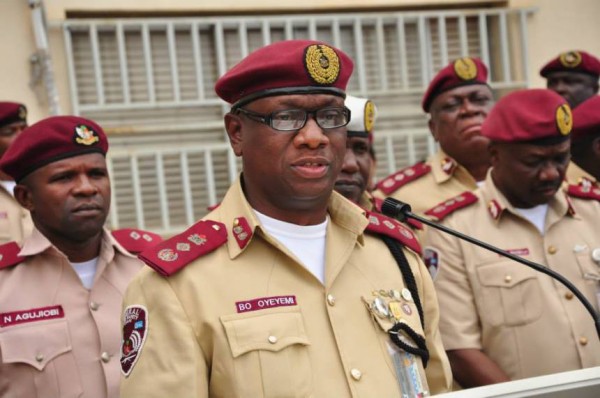 The Federal Road Safety Corps, FRSC, has debunked some news reports that over 70 people died in the petrol tanker tragedy that occurred in Upper Iweka, Onitsha, Anambra.

The Corp Marshal of the FRSC, Boboye Oyeyemi, who made the clarification on Tuesday in his Abuja office while speaking with reporters, said contrary to reports in the media, only 46 casualties were recorded from the incident that occurred on Sunday.

He said five people were also injured at the crash.

“It is unfortunate, first of all, let me commiserate with the families of the deceased. As at today, the record of the bodies –burnt bodies – we have taken to the mortuary is 46 not 70 as widely reported”, Mr. Oyeyemi said.

The corps marshal attributed the crash to a brake failure.

Twenty vehicles, one tricycle and three motorcycles, were affected during the crash, he added.

The petrol-laden tanker ran into a busy motor park in Onitsha and exploded. Mr. Oyeyemi, however, said all the burnt vehicles have been cleared out of the crash site.