The legalisation of  Gay marriage as a constitutional right by the Supreme Court of the United States, has taken a dramatic turn as ex-aide to president Barrack Obama says it will help fight  forces of Islamic extremist terrorism. 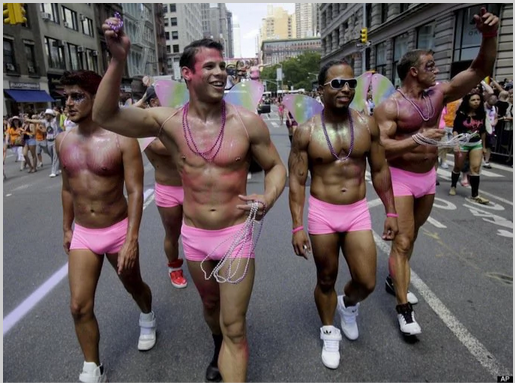 Rosa Brooks, a former counselor to the defense undersecretary for policy, and former senior adviser for the State Department, believes sharing images of the gay rights jubilation will help fight ISIS.

The George town university law professor explained that the images of gay jubilation could bring about great difference in tackling the insurgents. Brooks who was a former adviser to Obama believe gay marriage can actually help defeat ISIS.

She said, “Do you want to fight the Islamic State and the forces of Islamic extremist terrorism? I’ll tell you the best way to send a message to those masked gunmen in Iraq and Syria and to everyone else who gains power by sowing violence and fear.

ISIS and Boko Haram are are responsible for the killing of thousands of lives and the displacement of millions all over the world.