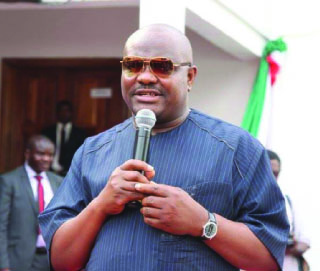 In a statement issued Friday, the group said it was “deeply worried” by the dissolution.

The governor had in a statement on Tuesday announced the immediate dissolution of both Commissions relying upon the directive from the Rivers State House of Assembly, which indicted them for official misconduct and recommended their dissolution.

Faulting the governor’s action, Access to Justice, citing Section 197 (1) of the Nigerian Constitution, stated that both Commissions are not subject to the control of the government.

“These bodies are creatures of the Constitution and even when they work imperfectly, they do not become, and cannot be subject to the control of any government”, Mr. Otteh said.

“Should they be, they would lose their autonomy and independence and be more widely perceived as partisan institutions that cannot be trusted to take forthright, objective and independent decisions and actions of their own.

“While the Constitution enables the Governor to remove individual members of these Commissions ‘…acting on an address supported by two-thirds majority of the House of Assembly of the State praying that he be so removed for inability to discharge the functions of the office (whether arising from infirmity of mind or body or any other cause) or for misconduct’, it does not give the Governor power to ‘dissolve’ the Commissions as a whole.

“The idea of ‘dissolving’ these bodies is therefore, illegal, and constitutes a clear violation of the Constitution as well as a serious threat to the independence of these Commissions”.

“In relation to the Judicial Service Commission, Governor Wike’s actions will simply compound and deepen the longstanding problems the Rivers State Judiciary has endured till this time”, Mr. Otteh said.

“A2Justice urges the Chief Judge of the State to reject and disavow the so-called ‘dissolution’ of the Judicial Service Commission and to refuse the directive to act as the ‘sole administrator’ of the body”.