Home Metro News I Expect Buhari, Osinbajo To Declare Assets In 24hrs; That Is Where...
Facebook
Twitter
WhatsApp 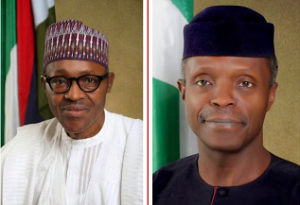 The first two citizens of Nigeria had declared their assets to the Code of Conduct Bureau without immediately making them public.

According to Sagay, it is compulsory for the president and his vice to declare their assets publicly, as “that is where credibility starts”.

“I have no doubt that he will make it public because that is where credibility starts. That is where Jonathan started losing credibility. The late Umar Yar’Adua forced him to declare his assets in 2007, reluctantly, he did it. But when he was his own man, he said he does not give a damn and that is where he started sliding down.

“So, Buhari has no choice, it is absolute for himself and Osinbajo if change and credibility are going to be sustained. There is no other way out, so I expect in the next 24 hours or so that we would know what their assets are. He should apply it to every other appointee of his regime, not just himself and Osinbajo, it is compulsory and absolute,” Sagay said.