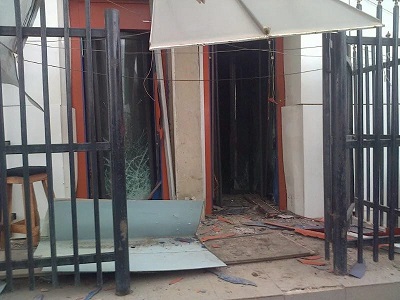 Less than 24 hour after dare-devil gang of armed robbers attacked two banks in the Ikorodu area of Lagos, the State Government has urged residents in the state not to panic, saying that the Governor Akinwunmi Ambode-led administration would crush and flush out robbers from the state.

The robbery at the banks on Wednesday, which was reportedly led by a woman, led to the carting away of unspecified amount of money even as the gang was said to have escaped through the lagoon in speedboats.

The police had promised N5million reward to anyone who could give useful information that would lead to the arrest of the robbers.

Reacting to the development, Secretary to the State Government, Tunji Bello, said there was no need to panic as the robbers only capitalised on the political transition period to wreak havoc.

He said: “This is a transition period; look at Boko Haram, they have come back because it is transition period. The Rapid Response Squad’s new boss just resumed in Lagos. Some people are just exploiting this period to perpetrate these acts.