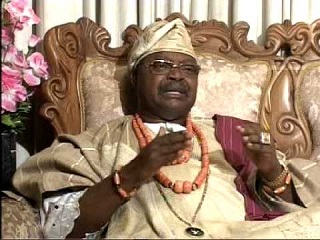 According to Olurotimi, the ex-minister is hale and hearty.

In a statement, the media adviser said: “Our attention has been drawn to publications in some newspapers and the social media that Former Minister of Information, Chief (Sir) Alex Akinyele is ill and needs urgent medical attention.

“We wish to state that the story is not only false and absolutely misleading but a figment of the dirty and wicked imagination of the writers.

“This misleading story has not only caused an unimaginable embarrassment to Chief Akinyele, his children and family members but it has caused great panic among his friends and associates.

“The truth is that Chief Akinyele is in a very good condition of health. He is hale and hearty. It is a known fact that the Ondo high chief celebrated his 78th birthday on April 24 at his Lagos residence with his family members and friends.

“Normally, it should not be expected that a man of this age will be as active and visible at public or social functions and events as it used to be when he was younger.

“As a man who is aging gracefully, Chief Akinyele has decided to take things easy by attending to all his visitors and official matters from his Magodo, Lagos home, a situation which cannot be attributed to ill health in any way”.