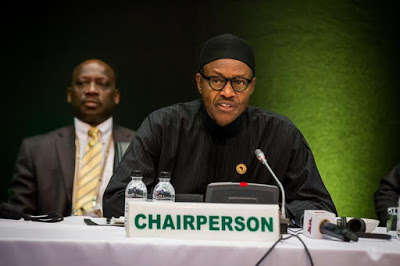 President Muhammadu Buhari has said that he is in no hurry to appoint ministers to his cabinet over two weeks after he took oath of office, despite anxiety among Nigerians to that effect.

The President made his position known in an exclusive interview with ARISE News, a THISDAY sister television network on Sunday night after the dinner held for the heads of government attending the 25th African Union summit in Johannesburg, South Africa.

Mr. Buhari among other issues, also spoke on the emergence of Dr. Bukola Saraki as the Senate President.

On the announcement of his cabinet, he said: “I don’t know why people are so anxious for the ministers. But eventually we will have them.

“The ministers knew that they were going but the technocrats, permanent secretaries and so on, knew they will remain. So if anything goes wrong, they will be invited to explain.

“Unfortunately, the outgone government did not cooperate, so what the committee did was to divide itself into about five sub-committees, and I (only) got the report I think three days ago.

“I was waiting for that report because I would like to know what positions there are in the government, especially in terms of the finance and petroleum portfolios. So I’m not in a hurry to get ministers”.

On Saraki’s emergence, the President was of the view that it was left to members of the National Assembly to resolve the cracks in their ranks following the election of the former Kwara Governor as Senate president.

Making reference to the presidential primaries of the All Progressives Congress (APC), he said: “For example, when we came to our party’s primary for the presidential election, four of us stood (in the primary). There was no problem because it is part of the system.

“I happened to win and they agreed there and then that we should all work for the party. But unfortunately, in this National Assembly, there was a division. So it’s up to them (legislators) to sort it out”.

Throwing more light on the decision reached by his party to present consensus candidates for the leadership of the National Assembly, President Buhari noted that “There is a system in the National Assembly – the House of Representatives and the Senate – they have got their own criteria for choosing their leaders.

“We had a meeting and I told the party’s caucus that I’m not going to interfere, because constitutionally, I have no role as president-elect to tell the party who to recommend or put (forward) as a candidate.

“The party didn’t want to present two candidates because if they presented two candidates, what we heard occurred (would have) eventually happened”.

Alluding to the deal struck by Saraki with the opposition Peoples Democratic Party (PDP) in the National Assembly, Buhari observed that “one of the candidates went and got the support of the former ruling party, and he divided our party”.

“That was why the party was not pleased about it. The party ran a primary and the one (Senator Ahmad Lawan) who was competing with Saraki won to become APC’s candidate in the Senate.

“But then Saraki did not agree with that; he virtually divided the party and he got the support of the PDP and he allowed a PDP senator to become his deputy”, he added.

Buhari, however, stated that he was not particularly interested in the outcome of the National Assembly election, because it was “purely a party affair”.