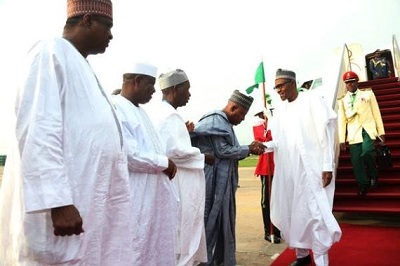 About 14 political parties from the opposition, under the umbrella of Credible Alternative Alliance, CAA, on Thursday in Abuja stated that “it is too early” for the administration of President Muhammadu Buhari to be relying on foreign countries for support and direction on certain policy issues pertaining to governance.

The Alliance, which also includes 13 civil society organisations, reiterated its resolve to provide a credible opposition to the All Progressives Congress.

A former Governor of the old Kaduna State, Alhaji Balarabe Musa; elder statesman, Dr. Tunji Braitwaite; and former Minister of Finance, Chief Olu Falae, made these positions known in a statement read at a press briefing by the National Coordinator of CAA, Dr. Damian Ogbonna, yesterday.

According to them, while they wish the new administration well, “its ability and readiness to meaningfully govern Nigeria remain in doubt”.

The parties said, “We note that APC appears to want to cultivate and rely too much on the support of foreign governments. This is not good for the sovereignty of our nation. CAA calls upon APC to rely less on foreign support.

“The party should do more to cultivate domestic support from political parties in the country. You cannot govern effectively when you do so alone; it’s not sustainable.

“Both the President and other leaders of APC have been in government for decades to warrant knowing exactly what they want to do and how they want to do it. Even those of us here at CAA, with less than a year into our formation, do have bold and visionary plan upon which we predicate our drive to govern Nigeria”.