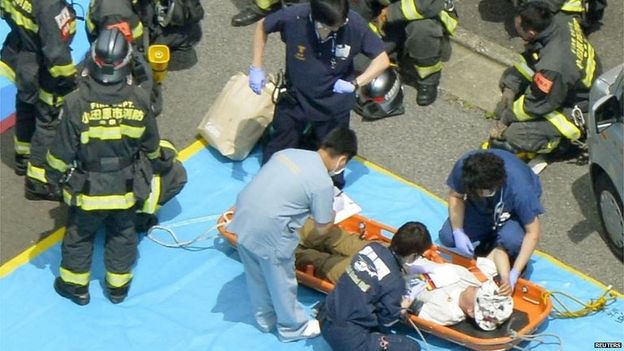 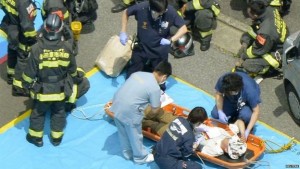 A man has died after setting himself on fire on board a Japanese Shinkansen bullet train. Another passenger, a woman in her 50s, was also killed and more than 20 injured, two seriously. Witnesses said the man, reportedly aged 71, had poured fuel over himself in the first carriage of the train and used a lighter to ignite it. BBC has more:

Most of the 1,000 people on board escaped the smoke-filled carriages when the train made an emergency stop.  The train, a super-fast Nozomi going from Tokyo to Osaka, was near Odawara city south of the capital, when the emergency stop button was pressed.

All trains on the Tokyo-Osaka high speed line were stopped – signs at Odawara station said staff did not know when it would resume operating. Officials have given no indication of the man’s motives but are treating the incident as a suicide.

One unidentified witness said the man had been carrying a petrol container “and sprayed liquid across the seats and then all over himself and then set himself on fire”. “The fire spread all over the place immediately,” he told Reuters.