Jesse Jagz Shares First Ever Photo Of Himself And Daughter 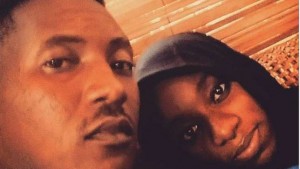 These days, every male celebrity that matters seems to have a child with some woman somewhere.

Prodigal son of Chocolate City, Jesse Jagz has shared his first picture of him with his daughter, Jade Abaga.

“My baby girl…” wrote the producer in the caption of the picture he shared today, June 5, 2015.

Jesse and Chocolate City singer Ruby are the parents of Jade who is ten years old now.

Their relationship back in Jos led to the birth to Ruby.

They never got married, but however remain friends who jointly raise Jade.