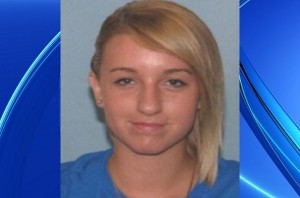 Now, a judge in Lake County, came up with a creative way to teach the young woman a lesson to never take a taxi if she doesn’t have the money to pay the driver.  Cicconetti gave Boscom two choices, either serve 60 days in jail or walk 30 miles within 48 hours.

She chose to walk the 30 miles. The judge said that Boscom will be monitored with a GPS device to make sure she walks the 30 miles.

The judge said that he would not order the young woman to walk the route in which the taxi drove her because that was not safe, but he suggested that she walk the 30 miles at the Lake County Fairgrounds. Boscom must also pay the United Cab driver $100 in restitution and she has to perform 3 days of community service.