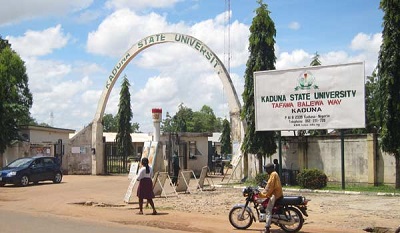 Governor Nasiru El-Rufa’i of Kaduna State said the state has suspended its plans to establish a new university in Kafanchan.

The governor announced the suspension on Tuesday, in Kaduna, when he received officials of the Tertiary Education Trust Fund, who paid him a courtesy visit.

The News Agency of Nigeria reports that the plan to establish a second state university was initiated by the immediate past administration of Mukhtar Yero.

El-Rufai said the project was suspended because of inadequate funds.

“The state government has no money to establish a new university; the previous administration which initiated the plan, did not make any provision for it in the 2015 budget”, he said.

The governor said he would rather deploy the lean resources available to his government into the upgrading of existing facilities at the Kaduna State University, in line with global standard.

He noted that infrastructure and learning facilities at the university were inadequate, forcing the institution to send some of its students elsewhere to complete their studies.

El-Rufa’i said the focus of his administration was to expand the institution’s academic programmes and make the university rate among the best in the country.

Earlier, Prof Suleiman Bogoro, Executive Secretary of TETFUND, said the Fund had provided more than N6 billion to the state university in the last one year for various projects and services.

He, however, assured the governor that the agency would continue to fund the construction of infrastructure and provision of learning facilities in tertiary institutions in the state.