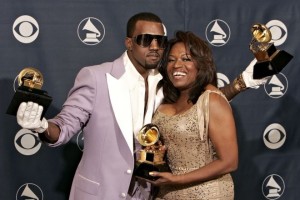 In a new interview with Q Magazine, Kanye says that it could have been avoided if he hadn’t moved to Los Angeles.

“If I had never moved to L.A. she’d be alive,” he also told Q. “I don’t want to go far into it because it will bring me to tears.”

Kanye’s mother Donda followed him to L.A. to manage his career and died in 2007 at age 58 from complications during a plastic surgery procedure.

His remarks in Q are nearly identical to those he made in an XXL essay five years ago.