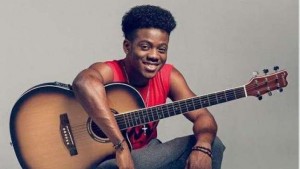 Fast rising Mavin singer, Korede Bello, has followed in the footsteps of his mentor — Don Jazzy.

The young talented singer who recently dropped the video to his smashing hit single ‘Godwin’ took to Twitter on Monday, June 22nd 2015 to reward his fans.

The give away, which started around 10:45pm on the social networking platform, twitter got massive engagement from his fans who are fondly called ‘Bellovers’.

Korede centered the giveaway on his new Godwin video, putting up questions from scenes in the video.

It was obvious that only those who have watched the video could answer the questions correctly.

At the end of the giveaway, more than 20 fans were rewarded with a total sum of half a Million Naira.

Speaking at the end of the giveaway, Korede Bello tweeted:

This is just my own little way of appreciating you guys for the support and love you keep showing me.