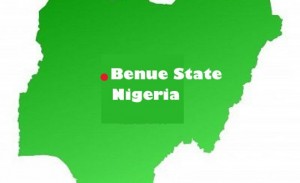 The National Secretary of the Labour Party, Dr Kayode Ajulo, wants the Federal Government to take over the administration of Osun and Benue States for the inability of their governors to pay workers.

While he may have a good argument against the Osun government, same cannot be said about Benue whose Governor Samuel Ortom inherited debts from fomer governor Gabriel Suswan.

Ajulo, who is also the Founder and Chairman of the Egalitarian Mission for Africa, therefore asked the Federal Government should not to shy away from taking over administration of the two states.

He argued that the inability of the governor to pay workers contravened Sections 128 and 129 of the 1999 Constitution.

“The situation is very unfortunate, it is inexplicable and I am more particular with what is happening in Osun State.

“Imagine owing workers up to eight months salaries and going to nine months while some are owed 12 months pension.

“This is worrisome, the situation is worse than Boko Haram insurgency and I won’t hesitate to say that the situation in Osun and Benue States call for declaration of state of emergency,” he said.

Ajulo said this following the call by Justice Oloyede Folahanmi, a judge in Osun, urging the state’s House of Assembly to impeach Gov. Rauf Aregbesola and his Deputy, Titilayo Tomori.

In a petition to the lawmakers, Folahanmi said the duo ought to discontinue in office because of their inability to pay workers.

He also urged the House of Assembly and the EFCC, to investigate allegations of financial recklessness against Aregbesola, Tomori and others.