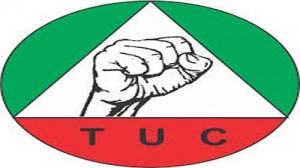 The Nigeria Labour Congress (NLC) and Trade Union Congress (TUC) has warned President Muhammadu Buhari that their members will resist any attempt to remove fuel subsidy.

Although a recent report on the recommendations of Buhari’s Transition Committee noted that the Labour was involved in the decision to propose the removal of subsidy, the leaderships of the TUC and NLC told Vanguard, yesterday, that any attempt to remove subsidy will lead to a serious unrest in the country.

The National President of TUC, Comrade Bobboi Kaigama, in a telephone interview with Vanguard in Abuja said the recommendation was not going to work out.

“It is not going to be tenable with the labour and Nigerian masses. If they want to remove subsidy abruptly, there will be serious unrest.”

He said what the government should do is to set up a panel for forensic audit of the oil subsidy, and not to allow “few criminals” to hold the country to ransom.

Kaigama also said that removing subsidy would amount to punishing Nigerians because of the activities of few cabals within the oil and gas sector.

However, he said if the government eventually decides to remove the subsidy, there must be an agreement and a palliative measure put in place to cushion the effects on the workers in the sector.

“Any attempt to withdraw subsidy, Nigeria workers will come out,” Kaigama stated.

On his part, the factional National President of the NLC, Comrade Ayuba Wabba, said it will be an ill advice to the president to remove subsidy.

“I also hope that it is not these same cabals that have held all of us to ransom that are bringing these recommendations, because those cabals have also been responsible for sponsoring people to elective positions.

“These are facts we are aware of. In fact, they are the major donors to campaign purse. I hope it is not this same cabals that are also canvassing at this point in time.

“But if on the contrary removing subsidy will not increase the price, I think we will be in for it. But the major point is that we will not support any policy that will further make Nigerians suffer for it.”

If the government decides to go ahead to implement the recommendation despite objections, Wabba said: “Certainly, we will engage the process because removing it without taking into cognisance those issues we have raised, those concerns we have raised, where Nigerians will then suffer more and pay more, certainly people will react and certainly labour will go with the majority of the masses in reacting to this.”

He explained that the issue of fuel subsidy has a lot of implications especially economic implication, especially for small businesses that have had to provide their own power due to poor electricity supply.

“Therefore, once you increase the price of petroleum product through a process of deregulation, you are allowing marketers to determine prices at their whims and caprices.

“This has happened almost two weeks ago where they decided on their own, to hold all of us to ransom and we have seen the consequences on the economy of our country even on our national security. Because the national security of the country at that point was also threatened.

“It is obvious that the issue of corruption in the oil and gas sector has been established from the last episode of 2012 where the government unilaterally tried to withdraw the subside or what they termed as partial withdrawal of subsidy which is also a flute.

“In fact, diesel price skyrocketed from about N146 per litter to over N200. Diesel has been fully deregulated and therefore it is a clear example that we cannot at this point in time, contemplate removing subsidy hook, line and sinker without looking at the implications.

“So, as an organised labour, certainly, we are not going to succumb to those polices that will have serious implication on our economy as a country. In fact, the implication will better be imagined if those issues come to play and they have come to play just in a month back.

“It is equally an eye opening to us, recently IPMAN addressed a press conference to say that the entire process of the subsidy issue is a fraud and therefore they also gave options.

“If insiders who are also part of this racketeering who have also benefited at this point in time will come and give us this credible information, I think that is what government needs to look into.

“Our first option is let us clean up the system and also show that people are going to refund money because it is very clear from the episode of 2012 that a lot of people have been paid money they have not worked for.

“People just helped themselves and they got money that they have not worked for. So, the first thing is let us draw a line and clean up the system and even understand the economics of importation of the product.

“How much does it cost to import refined product that is even in the interim because as a long term measure, NLC has canvassed over years that successive government must be able to have the capacity to develop and build our refineries so that we can be able to refine our products for our domestic use.

“Is it not an irony that over 30 decades when these very important commodity and resources have been discovered that we have not made any efforts to try to have capacity internally for domestic use,” Wabba said.