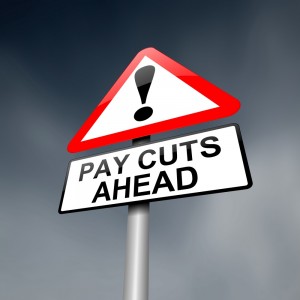 Association of Senior Civil Servants of Nigeria (ASCSN) has cautioned the Federal Government against pay cut for civil servants as part of the moves to  reduce the cost of governance.

In a statement by its National President, Comrade Bobboi Bala Kaigama, and the Secretary-General, Comrade Alade Bashir Lawal, the ASCSN stated that the action, if taken, would amount to an invitation for war.

“Any attempt by the new government to reduce the salaries of workers will be viewed as an invitation for war by the labour movement. As we speak, many states owed civil servants bulk of monthly salaries and other rightful entitlements and yet, these workers are expected to come to work by magic, feed their families, stay healthy, pay children school fees and rent,” the statement said.

As part of ways to cut cost of governance due to a drop in government revenue (majorly from oil), the federal government is believed to be contemplating merging of some ministries and government agencies. It is also believed that the FG may be planning to cut workers’ salary as part of these measures.