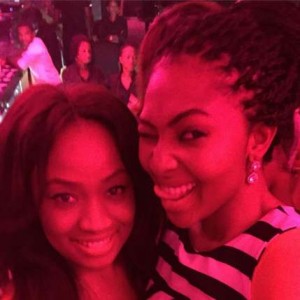 A set of Nollywood actresses that include Lilian Esoro, Uru Eke and Susan Peters, including a long list of other celebrities, turned up for Osas Ighodaro’s bachelorette party on Friday, June 12, 2015.

Ighodaro is engaged to actor, Gbenro Ajibade and the duo would be kicking off their wedding plan with a traditional marriage slated for June 20, 2015 in Benin and a wedding in the U.S on America’s Independence day, July 4, 2015.