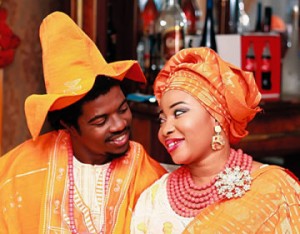 After rumors began to quickly spread that Yoruba Nollywood actress, Liz Anjorin is in a relationship with Jhybo; the actress has opened up.

Liz who is now into music told Punch that he’s not in a relationship with Jhybo and that the rapper is her brother.

According to her, “Jhybo is my brother, my blood. We are not married. The pictures are from a video shoot. The video is hitting the airwaves soon.”

On why she diversified into music, she said “I love music. I will release my single soon. It is going to be hot. I have not quit acting and I am not ready to quit. But the thing is that I have this talent and I want to show it to the world,”