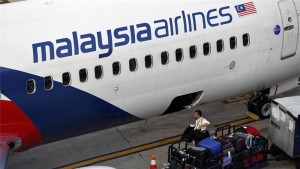 Malaysia Airlines is “technically bankrupt” but could break even by 2018 after cutting staff, selling surplus aircraft and flying less on some routes, according to its new German CEO. Christoph Mueller said on Monday as he outlined plans to stabilise the failing flag carrier including 6,000 job cuts. Aljazeera reports:

“We are technically bankrupt and that decline of performance started long before the tragic events of 2014,” he said, referring to two deadly disasters that rocked the airline last year. Malaysia Airlines took its first major steps on Monday under Mueller, sending termination letters to all of its roughly 20,000 employees, followed by new contracts offered to 14,000 of them.

The exercise, which was expected, cuts about 6,000 jobs. Under Mueller, 52, Malaysia Airlines plans to “re-invent” itself beginning from September 1 with an unspecified new brand image and expected new livery as it seeks to shed the stigma of a disastrous 2014.

In March of last year, Flight MH370 disappeared with 239 passengers and crew aboard and remains missing. Four months later, Flight MH17 was blown out of the sky by a suspected ground-to-air missile over Ukraine and all 298 people on board were killed. The tragedies were the final straw for an airline that analysts say had been poorly managed for years, slipping further into the red. A state investment fund took it over in a rescue bid late last year, tapping Mueller to take the helm.