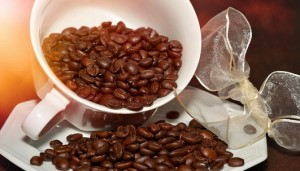 An elderly man was arrested on charges of assault after cutting the fingers of his neighbor with a machete following as dispute over spilled coffee, police in Pennsylvania said. Philadelphia Police said that they were called to the 1200 block of Daly Street around 6:30 a.m., after the 74-year-old man began fighting with his 58-year-old neighbor because his vehicle was vandalized. Odd News Blog reports:

At some point, the 74-year-old threw a cup of coffee at his neighbor. In response, the neighbor went inside his house and returned with a 18-inch-long machete. He swung at the 74-year-old man, cutting off two fingers of his left hand. He also suffered a deep cut on the left side of the head.

A neighbor gave the police two human fingers, and said that they belonged to the 74-year-old man. The 74-year-old man checked himself into the Methodist Hospital. The 58-year-old man was arrested and taken to the Thomas Jefferson University Hospital after suffering from cuts to the hands and legs.