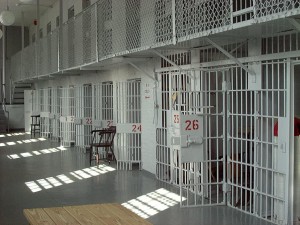 A man who served time for robbing a shoe store is now headed back to prison for another robbery at the same New Jersey store — as the same clerk was behind the counter. Yahoo! News reports:

Christopher Miller was sentenced Friday to 16 years in prison. The 41-year-old Bridgeton man had pleaded guilty earlier this year to robbery charges.

Authorities say the March 2014 robbery in Toms River occurred the day after Miller had been released from prison after finishing his 15-year sentence for the first robbery. Police say Miller made off with $389 and fled on foot with the employees’ cellphones.

The clerk had been notified about Miller’s release and identified the robbery suspect as the same person who had robbed the store in 1999.