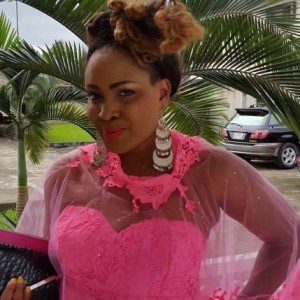 Famous Nigerian singer turned actress, Muma Gee has spoken about how she lost a lot of money in her political ambition in Rivers State, where she contested for an elective position but lost out in the last general elections.

Muma Gee, who is married and has two kids with Nollywood actor, Prince Eke, opened up in an interview that her bank account is currently not as buoyant as it used to be after her loss at the polls even though she feels she was robbed off her mandate.

‘I lost a lot of money. I am in red now but I know I will recover. All I know is that there was no election in my state. I don’t regret that I wanted to salvage the ruins in my community and liberate my people. It was just that somebody robbed us of the chances of doing that. If the people had the privilege to vote, I would be representing them by now. There was so much violence,’ she said to The Punch.

To recover her lost fortune, the singer has concluded plans to open a spa/salon even as she has returned to the music studio to produce another album after a long hiatus.