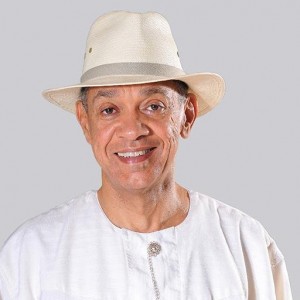 Senator representing Bayelsa East Senatorial District, Ben Murray-Bruce yesterday revealed his plan to donate his wardrobe allowance to Osun state workers who have not been paid for 7 months. Instead of receiving massive widespread commendation for this philanthropic gesture as he must have expected, what the Senator got from Nigerians were angry reactions.

INFORMATION NIGERIA has gathered a number of these reactions; read all about them below:

One Rapheal Waritimi said “If you do that we will mobilize for your recall because the people of Osun did not elect you to the senate, it is the people of Bayelsa east that elected you. Let me also remind you that LGA workers in Nembe and Ogbia LGA in ur senatorial district have not been paid for 3 months; charity begins at home Mr. do good for others while your people are starving, what a shame Mr. Bruce”. Another Nigerian went on with the attack on the senator saying “Wetin concern you concern Osun state affair, Sen. Ben? Na your state be that oga senator? Leave lia lia Mohammed and that garage boy gov to do their own thing o a beg o. Chai APC promised change now, let the change start from Osun state, so that next time the people of Osun state will know how to vote for the right people and for the right party”.

A different INFORMATION NIGERIA reader, Iyke Elogio Praiz did not attack the Senator for this move, instead he praised him for the gesture saying; “No matter what you do whether good or bad, people will still talk bad of it…….Sen. Murray Bruce, you have shown that your heart is made of flesh and a full Nigerian and you can reach to people not neccesarly from your constituency or senatorial zone, I salute you for this, please keep up the good work….ignore haters, them must talk”. A reader decided to ask a very salient question before he drew his verdict on the Senator’s charity gesture at Osun workers; “Why is Mr. Bruce interested in Osun state out of 18 state including his state? Indeed it is a political strategy”.

Still been critical of Sen Murray Bruce’s move, another reader said “Why can’t this man donate his evil money to his people in Bayelsa, why Osun, POLITICS, we don’t need you in YORUBA LAND”. Another reader being critical of this move opined that “Na wa ooo. Out of 18 states that can’t pay there workers’ salaries, Mr. Ben Bruce have only interest in Osun state why? this is PDP political strategy. Osun state should be very careful. God is in control. A more analytical reader said “Bayelsa state owes its workers 4 months, Enugu 6 months, Plateau 8 months, Benue 9 months, Kogi 6 months, Ondo 4 months. Why is Bruce only interested in Osun with 7 months?

A very interesting and insightful comment got the conversation going. The reader sounded a note of advise to the Senator saying, “Somebody should tell Mr. Ben Murrray Bruce to pay his staff on time, because as big as silverbird TV, Galaria and Rhythm FM are, they don’t pay their salary on time, half of the staff in silverbird organisation are either IT student or NYSC corpers who they pay peanut, Osun workers don’t need his money all we are saying is fight and stop this jumbo salary that senators like you are about to collect as wardrobe allowance. That’s the beginning of corruption in the house of senators”.

A different angle to the issue saw a Nigerian opine that “This is a political strategy. Osun workers don’t need your donation. What many are saying is that, Federal lawmakers should not be given such jumbo allowances. You people are milking Nigerian treasury dry since 1999. Presently, the economy of the country cannot sustain such pay. Period”. Taking a tribal approach, a Nigerian said “Naija what sentiment that kills us. Why is everybody talking about Osun. Is Osun the only State that have not paid Salary in Naija. Shame on all dis S/S, S/E people wey no get single at all. A/Ibom that receives multi-billion per month as allocation is equally owing. Those hypocrites talk as if is only Osun thats owing its workers………foolish people.