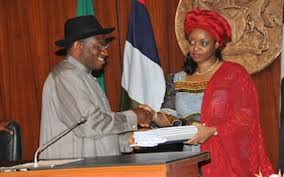 Ever since President Muhammadu Buhari was sworn in, there has been very strong calls from different facets of the country asking for the immediate past Minister of Petroleum, Dieziani Alison Madueke to be probed for the way she managed the petroleum industry during her reign.

With this trend, INFORMATION NIGERIA used its platform to gather the opinion of Nigerians on whether or not they think the ex-minister is corrupt and needs to be probed.

A summary of the gathered opinions showed that Nigerians thinks she should be probed because she’s corrupt.

Here are some of the opinions as expressed by readers of INFORMATION NIGERIA:

Festus Ogedengbe opined about probing the former minister saying; “Not Mrs. Deziani as a minister but the whole of the Petroleum industry should be probed, if she now has any question to answer, let it be”. A different reader,  Peter Ozori traced the corruption allegations down from former President Obasanjo’s time in office saying “Yes, but not only her, OBJ must be probed first who made himself minister of Petroleum and President for 8years without any changes except increases in price of PMS every year. OBJ must be probed now!”

Bunmi Inegbese in her own comment simply said “yes”.  Another reader, Thompson Chinonso went a little bit emotional with his comment, saying “I can’t believe this woman is still working freely.. We need change please”.

Fatai Sakiratu in her own comment dared to differ from others who have been asking for her probe as she said “people in position steal & go why her? please live her to go”.