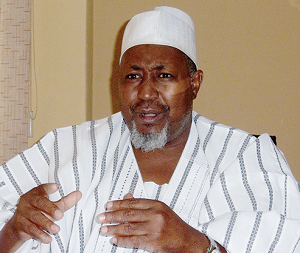 Details of the inauguration speech of Governor Muhammad Abubakar Badaru made available to journalists yesterday in Dutse, the Jigawa State capital, has shown that apart from the N117 billion debt left behind by the outgone administration of Governor Sule Lamido, about N2 billion CBN SME facility is missing.

Badaru in the speech said: “The latest liability is made up of N2 billion CBN SME and micro credit support facility which appears in our books as a liability but cannot be traced to any of the SME micro credit or community banks that were supposed to be the ultimate beneficiaries. You will agree with me that the first task before us is to verify, reclassify and restructure these liabilities or face an imminent collapse of the state economy with dire consequences. If we take our revenue in May as a yardstick, it will take Jigawa at least seven years to clear the existing liabilities and this is by paying salaries and doing nothing else”.

The governor also said cost of projects were inflated while flights to Jigawa was subsidized to the tune of N47 million monthly.

“While no one can fault the provision of basic infrastructure as a cardinal responsibility of any government, grandiose pet projects with little or no direct bearing on the common man, and executed at humongous costs passed on to successive administrations are not the hallmarks of a talakawa inspired government. Our beautiful but desolate N17 billion airport is a case in point, catering for an average of nine passengers weekly and subsidized to the tune of almost N47 million monthly including paying for the empty seats on the scheduled flight to and from Abuja”, he said.

Badaru noted that within the same period, the Jigawa Transport Company, JISTA, which was providing affordable mass transit services, was liquidated and shut down with the whole fleet auctioned to the detriment of customers.