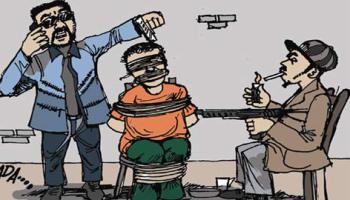 The Nigerian Bar Association in Ekiti State has condemned the current spate of kidnappings in the state, saying it has put the citizens in “extreme fear and angst”.

The association particularly regretted the kidnapping of one of its members, Rev. Father Emmanuel Akingbade, at his residence around 8:30pm on Tuesday.

In a statement on Sunday in Ado Ekiti, the state capital, Chairman of Ado-Ekiti Branch of NBA, Dr. Foluke Dada, enjoined the people to be “more vigilant and report strange movements and activities in their neighbourhood to security agencies in the state”.

“We also call upon the Commissioner of Police in the State to intensify more efforts in policing the State and uncovering the activities of the men of the underworld who are terrorising the state.

“Other security agencies are also called upon to work collaboratively with the police to ensure that the lives of the citizens are adequately protected”, Dada said.

The NBA called on government, traditional rulers and well-meaning Ekiti indigenes to pull together a concerted effort to sensitise the people not to provide a safe haven for criminals.

The statement added, “We sincerely hope and pray that kidnappings will cease in our dear state so that the people can live in absolute peace”.

The association concluded by appealing to those holding “Rev. Father Emmanuel Akingbade to release him immediately for the sake of God and for humanity so he could continue doing the work of God entrusted into his hands”.

No fewer than eleven persons, including an 11-year-old boy, have recently been kidnapped across Ekiti State but have been released by their captors.