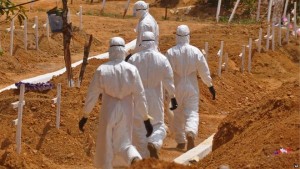 The body of a dead Liberian man has tested positive for Ebola – the country’s first reported case since it was declared free of the disease.

According to the BBC, deputy health minister Tolbert Nyenswah said tests confirmed that the 17-year-old man, from a town near the main airport, had died of the disease.

Officials are investigating how he contracted Ebola, Mr Nyenswah said. Liberia was declared free of Ebola six weeks ago, following the deadliest outbreak in the disease’s history.

More than 11,000 people have died of the disease since December 2013, the vast majority of them in Liberia, Guinea and Sierra Leone.

The countries had largely curbed the spread of the disease – but the number of new cases has risen recently, with the start of the rainy season in West Africa.