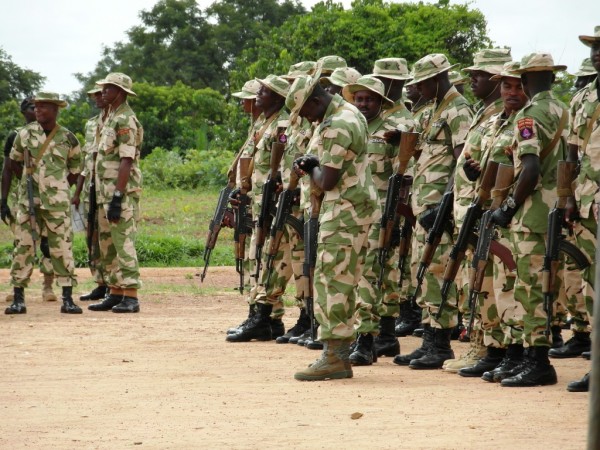 The Nigerian Army on Wednesday said its attention had been drawn to the activities of a syndicate extorting money from unsuspecting members of the public under the guise of enlisting them into the army.

This was disclosed in a statement issued by the Acting Director of army Public Relations, Sani Usman, a colonel, in Abuja.

Mr. Usman said the fraud was being carried out through a bogus website: Nigerian Army Direct Short Service Commission (DSSC) 2015/2016 online (www.nierianarmydssc.com), claiming to be from the Nigerian Army.

He said the syndicate was believed to be headed by one Balogun P. Ehi with a mobile phone number of 08130967705.

Mr. Usman said, ”While efforts are ongoing to track and apprehend members of the syndicate, the general public should note that the Nigerian Army has not begun any form of commissioning or recruitment exercise into the service.

“Similarly, it does not charge potential candidates money for whatsoever reason.

“The public is, therefore, encouraged to report any person or group suspected to be defrauding members of the society, claiming to be agents of the army for commissioning or recruitment into the service”.

According to him, whenever there is need to recruit or commission officers, announcements are made through print media stipulating guidelines for such an exercise.

“Interested candidates are, therefore, advised to avoid being duped and wait until the army puts vacancy advertisement through newspaper publications or announcements in the media”, he said.

Mr. Usman advised the public to shun dubious offers of recruitment into the officer cadre, especially through the internet, and report such persons to the nearest army formation or police station.