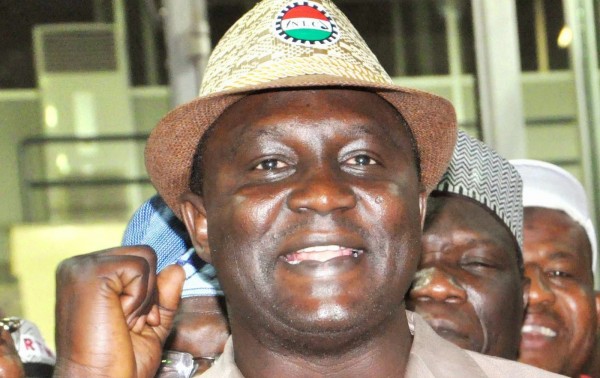 The Nigeria Labour Congress (NLC) on Wednesday denied lending its support to the planned moves by the Federal Government to remove fuel subsidy.

A section of the media had reported during the week that President Muhammadu Buhari might remove fuel subsidy to free up more funds for cardinal programmes of his administration. The reports also said the recommendation to remove subsidy was made by the Ahmed Joda-led Transition Committee, which claimed to have received the consent of critical stakeholders, including the NLC to that effect.

But the NLC President, Comrade Ayuba Wabba, in a statement yesterday, stated “unequivocally that at no time has any one consulted us on the issue of the removal of fuel subsidy. We are certainly not party to this and no one should put words in our mouth”.

He added that “our position on the issue of the removal of fuel subsidy is unwavering.  We recognize the corruption in the downstream sector of the petroleum industry orchestrated by government agencies in collusion with big-time business persons together with whom they have formed a cartel.

“We hold the view that in order to be able to deal with this situation effectively government needs to break up this cabal by opening up the downstream sector of the petroleum industry to fair competition governed by ethics”, he said.

Mr. Wabba, however, urged President Buhari to muster the necessary political will to not only open up the sector to fair competition but also ensure diligent prosecution of all the accused.