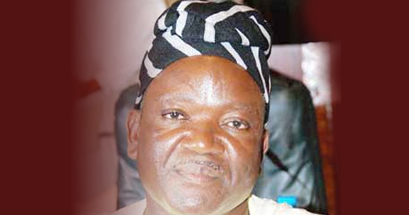 Benue State Governor, Chief Samuel Ortom, has said there is no tenable excuse for any state government to owe its workers their salaries.

Speaking yesterday when he paid a working visit to the National Information Technology Development Agency (NITDA) in Abuja, the governor acknowledged that while many states had genuine reason for owing their workers, it was wrong for anyone to capitalize on the reason and not do anything about it.

Ortom charged government and other employers to give priority to workers’ wages and show compassion for them so that their labour would not be in vain.

“All of us including President [Muhammadu] Buhari are sad that people worked but were nor paid. We are not happy about it; and everyone should be concerned that people work and but not paid because the Bible says a worker deserves his wages and so it is a priority that must be given consideration and by the grace of God we will surmount it”, he said.

Justifying his visit to the agency, Gov. Ortom said he came to seek ways of developing IT in Benue, which according to him, is a barren land for ICT.

Speaking earlier, NITDA’s Director General, Mr Peter Jack said there are opportunities in ICT to create a credible alternative to oil and gas in the area of software development and actual IT solutions.