The National Assembly have adjourned plenary session till July, 21. This follows a fresh crisis that erupted in the lower house (House of Representatives).

The crisis which broke out when Senator Bukola Saraki and Hon. Yakubu Dogara both defied the All Progressives Congress (APC) recommendation of principal officers left many in disbelief.

At the senate, Ali Ndume was nominated as the majority leader of the Senate, despite a party directive prescribing the role for Ahmed Lawan. 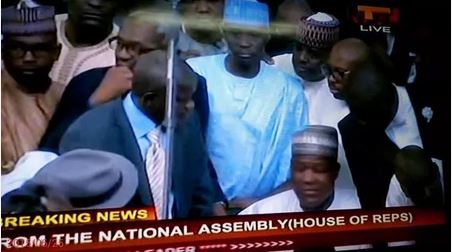 In the same vein, the APC national leadership also wrote another letter to Yakubu Dogara, recommending Femi Gbajabiamila as majority leader along with Alhassan Ado Doguwa, who was also tipped for deputy majority leader.

Altercations will however ensue in the chambers of the House of Representatives following the Speaker’s refusal to implement the directives of the APC leadership. The House eventually adjourned the sitting to July 21.

The shambolic incident has however left Nigerians pondering why lawmakers should take such a long break which means Nigeria is not going to have anyone who requires Senate Clearance till at least the 21st of July, so no ministers! Also the lawmakers still get huge allowances regardless being away so long.

See what Nigerians think about the adjournment; 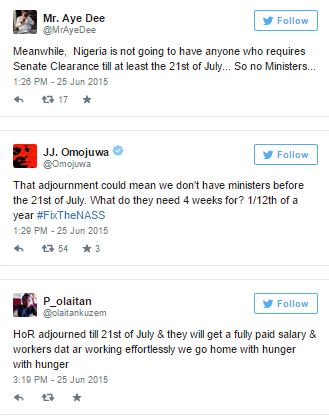 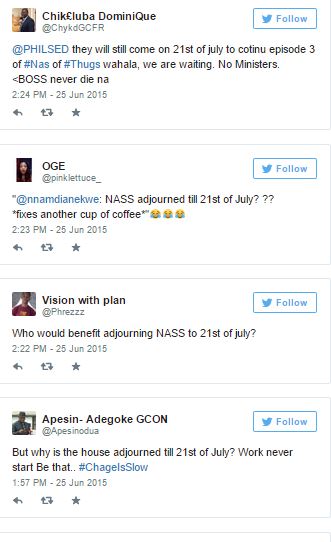 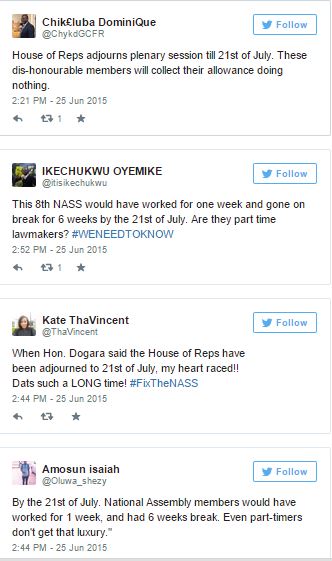 Meanwhile, Senator Bukola Saraki, has reportedly blocked attempts by his colleagues to challenge the emergence of senator Ike Ekweremadu of the Peoples Democratic Party (PDP) as deputy speaker.