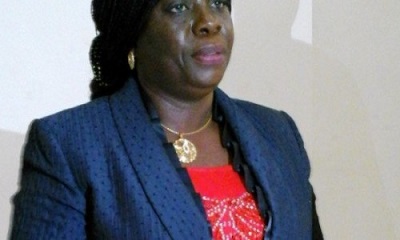 The deputy governor, who disowned the Fake Facebook account in a statement issued by her Press Officer, Femi Olayinka, on Thursday in Abeokuta, the state capital, said the impostor has been using the account to promise, secure contracts and employment opportunities for innocent people.

“Ogun State Deputy Governor, Chief (Mrs.) Yetunde Onanuga’s attention has been drawn to a Facebook account created by an impostor in a bid to trick unsuspecting members of the Public.

“The impostor has been using the Facebook account to promise, secure contracts and employment opportunity for unsuspecting members of the Public, making unwarranted comments on the leadership of the All Progressive Congress (APC) in the State”, the statement said.

The deputy governor pledged her unalloyed loyalty to the party, stressing that she was not on any social media and any person found bearing her name or using her office was doing so not only to deceive members of the public but also to cause social crisis.

“The Deputy Governor distanced herself from the contents of the said page, saying she was ignorant of the entire plot, warning those behind it to desist from the act as relevant agencies have been duly informed”, the statement concluded.