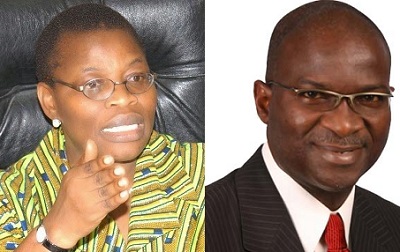 A former Minister of Education, Dr. (Mrs.) Oby Ezekwesili, has declared her readiness to volunteer her services for immediate past Governor of Lagos State, Mr. Babatunde Fashola (SAN), the day he declares his intention to run for office as President.

Fashola’s achievements as governor of Nigeria’s commercial capital and second most populous state in the country has been described by many as unparalleled and there is a general consensus that if given the opportunity to serve in a higher capacity, he could do better.

This much was confirmed by Mrs. Ezekwesili, who said “only a strange nation would have a Tunde Fashola and not deploy him to solve as many problems as possible”.

The former minister shared her thoughts in a couple of tweets on Sunday. 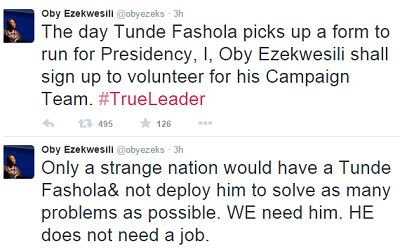