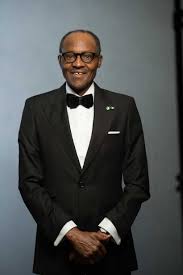 Nigeria – the nation that cries, a cadence reserved for funeral dirges. A country full of lamentations with diary of disaster. Over the years we’ve realized the squalid misery of a great nation, it appalled and tormented us and would not let us rest for thinking of what caused it and how it could be cured.

The locusts have been with us for ever, but the last six years every green thing has been eaten up by the swarm. There was not a crust of bread left. The nation’s defenses were in shambles. The army has all gone AWOL. The structures, edifices, the very foundations were burned down. Our young ones were taken prisoner of social and economic maladies. The entire cabinet of a nation is a fraternity of thieves.

It’s been dark years for Nigerians to be sure. Our people’s health are frail. Our financial prospects are bleak. Our families are dismantled and dispersed. Jobs are uncertain and tomorrow looks no better than today. Nigerians have seen it all: want and misery, ignorance and brutishness, pain and penury, neglect and contempt, trial and struggle. It’s easy to be overwhelmed by the darkness.

Like sheep without a shepherd, like dry, lifeless, disconnected bones, our nation lies plundered and devoured by its ungodly enemies. But the light of one match – Muhammadu Buhari – can illuminate an entire nation. A strong name – spotless, upright, honest, compassion, simplicity, humility – for a demanding assignment.

Though you never read of Buhari preaching a sermon, that’s precisely what he did with his life in the choices he made, the wisdom he demonstrated, the priority he gave to prayers and problems, and the diligence he gave to every task set before him. Buhari’s mission is not to be taken lightly. It seems impossible and terrifying. But dare to be Buhari is not an empty rhetoric. It is a timeless challenge for the rebuilding of a crashed and crumbled nation.

When times are difficult and bleak, a change agent is needed. And Buhari is the change agent. As a change agent, he must be willing to embrace a bold vision that challenges the status quo. Being a change agent demands purpose, passion, and perseverance. Buhari must neither fearful nor entrapped by the culture. He must be able to move Nigerians from a state of disbelief to belief in what is possible.

He must have the demonstrated confidence in a vision and the passion to carry it through. He must believe in achieving the unachievable. In these times of our dwindling resources, collapsed infrastructure, poverty, unemployment, insecurity, battered economy, and culture of corruption, it’s critical for him to see these problems as opportunities rather than obstacles.

As a change agent, Buhari must use influence more than position power. He must be a storyteller who can capture the minds and hearts of Nigerians through visions that change our future in compelling ways. To make a greater impact, he must not just tell, he’ll have to show it. He should surround himself with strategic thinkers with vision that is shared across the country. He should be fearless and pragmatic. He must be a risk taker.

Presidents have long been seen as operating within a political environment that is intractable and highly resistant to change. History has also revealed that presidents are powerful agents of structural change. Nigeria is in the worst economic crisis in our history. Nigerians expect true remedy in form of a New Deal from President Buhari in his first 100 days in office.

A New Deal is imperative because of the failure and inability of the “largest economy in Africa” to provide basic economic security for the average Nigerian, hence the government has a responsibility to provide that security. It means shoring up the nation’s financial system, providing jobs for  unemployed Nigerians through government expenditures on infrastructure.

There is need for nation-wide unemployment insurance to help the unemployed bridge the gap between jobs as well as social security to ensure that our elderly after years of work and toil, would not suddenly find themselves utterly destitute as is the case now.

Common sense programs that will stimulate and jump start the economy and put our youth back to work, provide jobs for millions by spending money on our failing infrastructure, investing in programs that will reverse the failing education rates of our children, provide greater federal support for the basic scientific research. President Buhari should flood the National Assembly with bills in his first 100 days for the following programs that will make immediate profound impact on Nigerians:

Fifty per cent reduction in the salaries of all legislators. The president and his vice should lead the way by example. Trim the bloated redundant political patronage positions including ministerial posts. Scrap the Pilgrims Welfare Boards for Christians and Muslims. Reduce fuel price to N40 per gallon.

A work relief program designed to combat unemployment. It will be responsible for building many public works for the creation of structures like schools, hospitals, parks, etc., across the nation. A civil works administration that will focus on high paying jobs in the construction arena.

A federal housing authority that will combat the housing crisis faced by millions of homeless Nigerians. Public works administration that will provide economic stimulus and jobs. Social security that will combat wide spread poverty among senior citizens. It will provide income to retired wage earners. Works progress administration will provide millions of jobs across the nation  in form of road construction, buildings, government offices, and other construction projects funded by the federal government.

One of the greatest economic evils of our nation is the appropriation of oil bloc – a national wealth – that belongs to all of us as the exclusive property of few people. This is one of the fundamental injustices of our time which distorts and endangers our modern development. It condemns the owners – we the people – of the wealth to poverty, and pamper the appropriators in luxury. All oil blocs should be retrieved and handed over to the federal government for the overall benefit of all Nigerians.

Safety and security: Dismantle the Lugard relic a k a NPF and establish community policing – a state police and local government police to deal with crimes, violence, and civil unrest. A special court for corruption should be established to speedily try minsters/individuals who are on the EFCC docket and others that may be recommended for trial from probes of NNPC and other government agencies. Strip the culprits naked by confiscating all ill gotten property, businesses, bank accounts, and top it with long sojourn in Kirikiri.

A revisit to the privatization exercise of electricity will be in order. A deadline of two months should be given to the various electricity companies to produce and provide reliable, stable, and steady power otherwise their contracts should be revoked while government source for overseas providers who can do the job. Small, medium, large, and industrial plants need power to operate. Without stable electricity, job creation will be a mirage.

These immediate remedies are necessary to avert the looming calamity, to eliminate involuntary poverty and unemployment, and to enable individual Nigerians attain their maximum potentials. He who makes should have. He who saves should enjoy. God given resources belong to the people. What the community or the nation owns and produces belong to the people for communal uses.

We’re on the brink. It is true that disappointment has followed disappointment. It is possible to go back to the Dark Ages. But in Buhari there is a voice of hope.