Home News Feed Pastor Tunde Bakare Reveals Why He Collapsed In Public; You Will Not...
Facebook
Twitter
WhatsApp 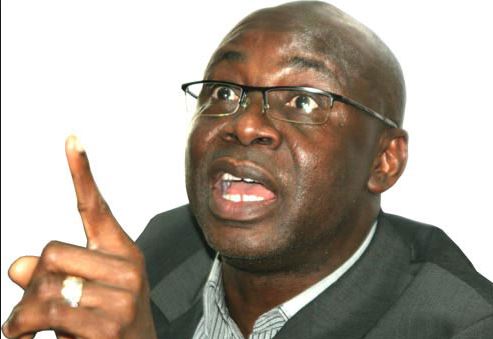 Pastor Tunde Bakare Explains His Collapse And His Dream Of A Giant
In a YouTube video reviewed by SaharaReporters of this past Sunday’s sermon, Pastor Bakare added that “the cause was exhaustion: too much work, too much people’s pressure.”

Pastor Bakare Explains What Happened to Him, Says He Supernaturally Escaped Death
Pastor Tunde Bakare offered the first details after his May 18th collapse while on the stage of his Latter Rain Assembly church.

Pastor Bakare told members of his church this past Sunday that “I was discharged on Wednesday with a clean bill of health.”

In a YouTube video reviewed by SaharaReporters of this past Sunday’s sermon, Pastor Bakare added that “the cause was exhaustion: too much work, too much people’s pressure.”

He also said that, “That I had not been taking enough water. So I am on compulsory medication of two liters of water per day.”

Pastor Bakare explained that his exhaustion was caused in part because of his travels between Lagos, Abuja, London, and Atlanta, US. He also stated that he ignored the warning signs in the days leading to his collapse.

Pastor Bakare also recalled premonition he had during a dream. He described that a humungous giant in Igbo clothing chased and mocked him.

He said one “afternoon I had a dream. It was an unusual dream. I saw a ring on my little finger. I don’t wear two rings, I only wear one. I looked up and coming from my left side was an unusual giant I’d never seen before. It was unusually humongous and wore an Igbo attire. It was a giant and it was coming towards me. All that I knew to do was raise the ring up. As soon as I raise it it laughed and went on. I returned.”

Pastor Bakare was not able to explain many more details of what the giant could mean or why it wore Igbo attire.