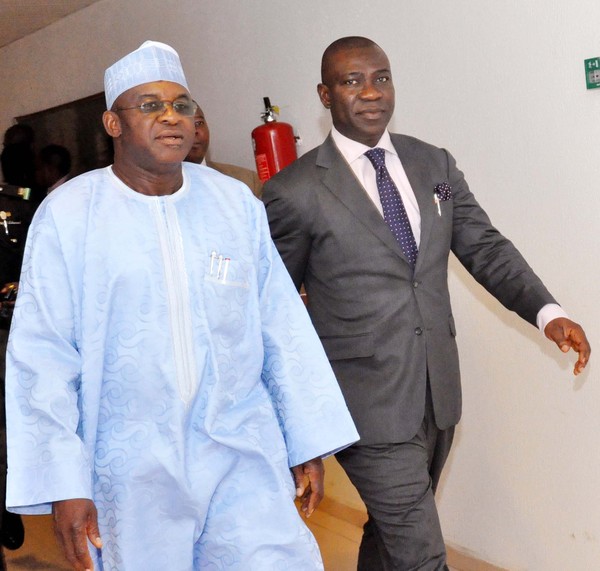 The Peoples Democratic Party (PDP) has commended the immediate past Senate President, David Mark and his deputy, Ike Ekweremadu, for the mature leadership they provided for the last National Assembly.

The party also commended the immediate past Speaker of the House of Representatives now Sokoto State Governor, Aminu Waziri Tambuwal and his deputy, Hon. Emeka Ihedioha, for their efforts in steadying the ship of the last House despite unpredicted daunting challenges.

A statement yesterday by PDP’s National Publicity Secretary, Olisa Metuh, said the leadership of the party noted the efforts of the last National Assembly under Mark in ensuring unity among lawmakers and leading the federal legislature to provide the much needed direction for national development.

The party specifically praised Ihedioha and other PDP leaders in the last House of Representatives for their steadfastness to the party and the nation at large.

“The leadership of the PDP and members of our great party nationwide appreciate the commitment of our leaders and members in the Seventh National Assembly for their selfless contributions to the development of our nation.

“Indeed, we are pleased to underscore that in line with the undying values, tradition and manifesto of the PDP, our leaders and members in the last Senate and House of Representatives respectively, amply demonstrated that the true essence of statesmanship lies in employing its uncommon values to the benefit of the people rather than self and for this, we are very proud of them.

“This reflects in their commitment in oversight functions as well as many landmark people-oriented legislations, especially the amendments to the 1999 constitution to further reflect the wishes and aspirations of the citizens while strengthening the unity and stability of the nation”, the party added.

The PDP also listed the passage of the Freedom of Information Act, which further guaranteed personal freedom and greater transparency in governance; amendments to the Electoral Act for credible, free and fair elections, which the nation enjoys today at all levels, among scores of other important legislations passed under the PDP-led National Assembly.

The party expressed satisfaction with the performance of the leadership in the last National Assembly, saying it laid “very solid foundation” upon which the nation’s legislature can always leverage for greater productivity in the interest of all.