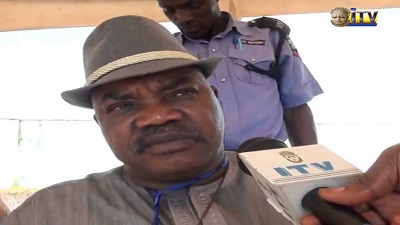 A member of the House of Representatives, Chief Joe Edionwele, on Monday, faulted the calls for legislators to take a pay cut, describing advocates of the crusade as ignorant.

While speaking to journalists in Abuja, the lawmakers said, “I think people are speaking out of ignorance. Even before now, I was one of those who believed the same thing. The records will be made public. We will ensure that the National Assembly does that, Nigerians need to know. The salaries we earn are not in any way close to what people speculate. People in the oil and gas sectors, banking and even lecturers earn more than us and the President.

“By the time we make it public, everybody will have peace. It will give you peace. One of my friends told me that the salary and allowances I will earn will be N40m. I told him if I get that for 10 months, I will resign. I can tell you that by the time it is made public, people will sympathise with us. Legislators should earn well so that they will not be corrupt during their oversight functions.

“The problem of this country is corruption. When people talk about pay cut, I laugh. How much are we going to get back from the pay cut? The corruption in this country is endemic. Look at the corruption in the oil sector; if we are able to sanitise that sector for instance, our problem will reduce. If we can know what we generate from different agencies, then we can have enough money to finance projects. Look at the governors and their security votes. Their votes are over bloated. Look at the number of cars governors use.

“You heard when Buhari rejected 253 DSS operatives. What are you doing with that number? There are so many things to cut down on. I am also glad that Mr. President said in spite of what the law says, he is going to be concerned about what happens at the local government level. The security vote of a council chairman for instance is N2m. What is a local government chairman doing with such money? Then a governor gets over N200m. Why should somebody then talk about a salary that is less than N1m?”

He also faulted the recent approval granted by the National Assembly for President Muhammadu Buhari to appoint 15 Special Advisers, saying the number is unreasonable.

“Mr. President, for instance, just got an approval for 15 special advisers. What are they advising? We really do not need all that. Mr. President has about three bullet-proofs Mercedes Benz. Does he really need them? We must downsize in every sector. For instance, we should do away with the entertainment allowance. State Houses of Assembly enjoy it,” he stated.