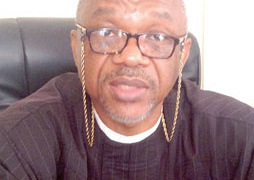 A chieftain of the All Progressives Congress (APC), Chief Sam Nkire, has accused the Peoples Democratic Party (PDP) of planning to be part of the APC-led government’s decision making process at all costs and plotting to regain power through the backdoor.

Nkire, who made the claim in a chat with journalists at the weekend in Abuja, said that the PDP would not succeed as the APC will surmount every obstacle the party may place on its road to “change”.

The APC Board of Trustees (BoT) member claimed that even though the opposition party is pitching APC members against each other to achieve its aim of destabilising the President Muhammadu Buhari-led government and the APC, it will achieve nothing from it.

He recalled that the PDP was rejected in the recently conducted general elections in the country where Buhari defeated Dr. Goodluck Jonathan of the PDP to emerge president, claiming that Nigerians rejected the PDP for “recklessly squandering the country’s resources”.

Nkire stressed that the present arrangement where a PDP member is deputy president of the Senate with APC having the majority was strange and unhealthy for the governing party to bring about the positive change it promised Nigerians.