The young singer came out tops at the competition’s finale which held at the Expo Hall, Eko Hotel and Suites, Victoria Island, Lagos May 30, 2015. Miss Olukemi smiled home with a whooping grand prize of N5million after slugging it out with 25 other contestants who also displayed unique talents before a live audience and a panel of renowned performers and judges.

The competed in both performing and non-performing arts in various categories which include, musical instruments, drawing, poetry, recitation, singing and dancing. The competition started months ago with the auditioning of over 2000 young people all across Apapa Family parishes in Nigeria, the United Kingdom, Europe and the United States of America.

Pastor Idowu Iluyomade, Head of the Apapa Family, said that the vision which underpins the initiative is to engage children/teens in a positive way, using their talents to glorify God and provide a credible platform for the celebration of talents in God’s children. “God’s Children’s Great Talent was borne out of a desire to identify and nurture the diverse talents available in children across the Province. We are delighted that multinational brands such as Cadbury Bournvita, Stanbic IBTC, First bank, Airtel and others have identified with this project,” he added.

See some photos from the event below: 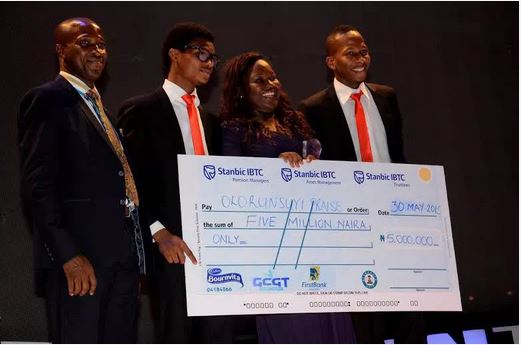