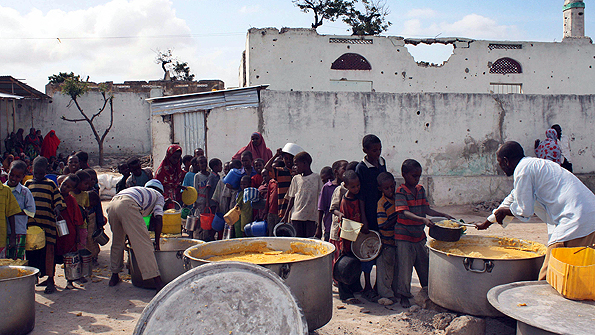 The Kano State Government has earmarked over N220 million to provide free food to the needy during the Muslim fasting period of Ramadan.

The Chairman of the committee on Ramadan Free Feeding Programme, Alhaji Usman Bala, disclosed this in an interview with the News Agency of Nigeria on Thursday in Kano.

Bala, who is the Principal Private Secretary to Governor Abdullahi Ganduje, said the government had concluded all arrangements to commence the programme on Thursday, June 18.

He said the government had increased the number of feeding centres from 120 to 175 across the state, pointing out that the centres had since been provided with the required food items.

“Food items including rice, beans, millet, flour, cooking oil among others have been provided at each of the centres.

“Each centre will have a five-man coordinating committee in addition to six cooks who will be preparing the meal.

“We also engaged the services of some sanitary inspectors who will always ensure that the environment is clean and tidy”, he said.

Bala said after the meal was prepared, it would be distributed to all the designated feeding centres in polythene bags specially made for the programme.

He called on the workers and committee members to exhibit high sense of honesty and commitment in order to ensure the success of the programme.

Bala said government had placed those handling the programme on allowance, and warned that anybody found wanting would be decisively dealt with.

“The programme is aimed at assisting the less privileged during the Ramadan period. So we hope they will keep to the tenets of the programme”, he added.