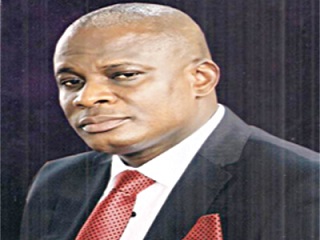 A former Attorney-General and Commissioner of Justice in Akwa Ibom State, Mr. Uwemedimo Nwoko, has faulted the movement of the state election petition tribunal to Abuja, describing it as unconstitutional, baseless and lacking any justification.

The former commissioner said this in Uyo, the state capital on Saturday in an interaction with journalists.

Mr. Nwoko pointed out that the movement of the tribunal to Abuja has a multiplier negative effect on the entire state.

He also stated that the PDP was not in a hurry due to the fact that whatever proceedings that “are conducted in Abuja, unless the tribunal comes back to Akwa Ibom, is a nullity and amounts to no issue”.

Citing the example of the case between former Delta State Governor, Chief James Ibori and Great Ogboru, Mr. Nwoko recalled that the Court of Appeal held that an election petition tribunal created pursuant to section 285, subsections 2, must hold its sitting in the state where the election took place.

He declared that to move the election petition tribunal outside the territory of the state where the election was conducted, was a violation of the constitution.

“The tribunal and the registry have all been moved to Abuja; they may be having their first sitting on Monday in Abuja.

“But one thing I want to tell you is that moving the election petition tribunal from Akwa Ibom to Abuja is unconstitutional, baseless, and without any justification”.