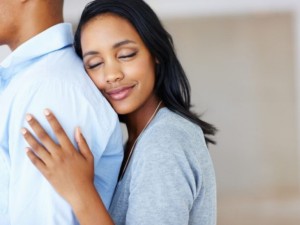 WHY do older dudes like ’em young?
So many ladies ask me what is up with older men dating younger women.

There is actually an evolutionary psychological theory surrounding this common “phenomenon”. There have been many studies conducted exploring the reasons behind older men dating younger woman. One of them published in the journal Evolutionary Psychology, looked at 400 romantic ads in the Swedish newspapers Göteborgs-Posten and Aftonbladet and on the websites Spraydate and Match.com.

Men in all categories prefer younger partners. Of a total of 97 men who mentioned age in their ads, only three were looking for an older partner — among men aged 40 to 59, only one out of 67.

Women I’ve interviewed between the ages of 40 and 70 largely believe men their age are not interested in dating someone their own age. Studies show older men prefer youth and beauty first for mate selection and women choose men who offer resources and stability. It’s no surprise there are a number of websites emerging and profiting from these “mutually benefiting” relationships. The “successful older man” seeking “young attractive female” is common place. Let’s reveal a few of the reasons behind older men dating younger women.

1. He’s Having A Mid-Life Crisis

Well this is an easy explanation. Men, who feel they’ve been “tied down” for far too long or what he considers a marriage of obligation, feel as if he’s been cheated of his youth and his “fun years.” It’s as if he seeks a younger woman to replace his older model (wife) and convince himself somehow that dating a younger woman will bring back his youthfulness and give him a second chance to have fun again.

A gentleman dating a younger woman is not like a time machine. This is about the same time he spends his money more freely on extravagant man toys, replaces his wardrobe, invests in hair club for men and maybe hires a personal trainer. Some men date younger woman to prove to themselves they haven’t lost his touch.
2. He Wants Kids

I’ve encountered many men over 40 who admit to wanting more kids — regardless of the fact that they might’ve already raised a few. They believe that dating a younger woman, in this case, is a requirement (or excuse) to decrease the odds of any birth defects or health risks.

If an older man hasn’t had the chance to father a child, he seeks a younger woman for this specific purpose. This seems more like a fostering plan for some, but some men want to carry on their legacy with children of their own. Men have biological clocks, too, if you didn’t already know. They assume older women can’t safely have children.

3. He Assumes All Women His Age Are Like His Ex

As the saying goes, “Once burnt, twice shy.” Some men have this ridiculous belief women their own age are all the same. I’ll share an example. If he’s had a bad experience with his partner going through menopause, frankly it scares the crap out of him to think about having to go through it all over again with someone new.

Menopause seems to be the cause of many failed marriages (or at least that’s what some men I’ve talked with blame it on). If he’s ever been online dating or on a few sour blind dates with a woman who’s still bitter about her breakup, he suddenly thinks they’re ALL like that.

Younger women, who have never been in a serious relationship or “tainted” by a bad marriage, seem like a great option for an older man seeking a stress and drama-free relationship. Unfortunately for him, his assumptions about dating a younger woman being “hassle-free” may be very, very wrong. Most relationships require work and cooperation to make them successful.

Thankfully not all older men seek younger women for a relationship. When you consider what makes a successful long-term, healthy relationship last, age is just one consideration in a number of relationship factors to consider.