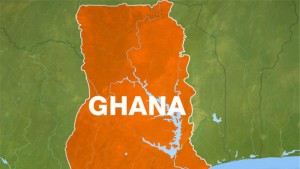 An explosion at a petrol station in the Ghanaian capital, Accra, has left at least 70 people dead, the country’s fire brigade said. Aljazeera has more:

Many of the victims had sought shelter at the station due to torrential rain. About a dozen people were taken to hospital after the blast, which is believed to have been an accident linked to the downpour, Prince Billy Anaglate, the fire brigade’s spokesman said.

Al Jazeera’s Ama Boateng, reporting from Accra, said the city and the rest of Ghana have been experiencing torrential rains.

“This is a very busy area of Accra. Lots of people. Lots of car traffic. And because of the heavy rains people gathered at this gas station to seek shelter and this explosion happened,” Boateng said.