When it comes to acting and film-making, there isn’t much veteran Yoruba actor, Saheed Balogun, has to learn. He is so grounded in his craft that he has broken a number of grounds in his make-believe trade. He was the first to shoot a two-cast movie, among other feats you could attribute to him. He has weathered the storm, swam the sea and probably knows every neck of the wood of Nollywood. So, when he speaks, he is to be taken seriously. 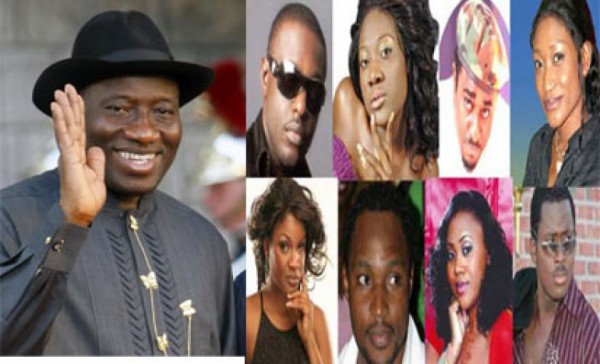 In a recent chat with Potpourri, the actor/producer took a swipe at President Jonathan’s erstwhile government, for not doing what he ought to do for the film industry. He said the former president romanced the industry practitioners for all the wrong reasons. “There was a time I produced a movie, and it was pirated within days. It’s like the pirates have their own copies.

We’re still looking to find who leaked it, but we don’t know yet. I lost over N15 million on that project. I’m still motivated to do more because it’s my dream. Soon, change will come to this country. Goodluck Jonathan treated entertainers like school-children. The last government was hosting us (Nollywood) as if they were hosting birthday parties for kids.

For one day, they never thought it fit to beg senators and members of the House of Representatives to pass appropriate laws on piracy” he said. “ I am seizing this opportunity to beg the new senators and House members who are in the committee in charge of culture to please pass relevant bills on entertainment. That is what they are elected to do, not to be shouting and jumping fence like they did the last time.”

Is that why he did not publicly support any political candidate during the last elections? He replied, “I did, but I refused to follow any senator or House of Representatives members who want to go for re-election, and I did not encourage my colleagues to follow them as well. It is not a case of giving them another chance of four years, because I said the same thing four years ago, and they didn’t listen. I supported Governor Ajimobi of my home state, Oyo, because he transformed the state.”