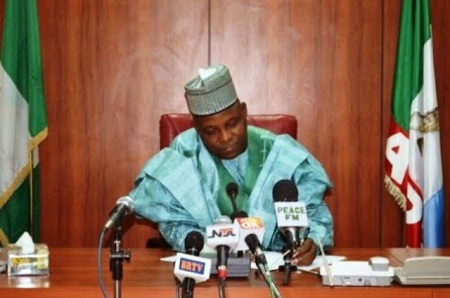 Governor of Borno State, Alhaji Kashim Shettima, has appointed Alhaji Usman Shuwa Jidda as the new secretary to the state government (SSG), to replace Ambassador Baba Ahmed Jidda, who occupied the position for the past 10 years.

The governor, however, retained his ‘dependable’ spokesman, Isa Umar Gusau, as the special adviser on Communication and Strategy.

Ambassador Jidda, a seasoned technocrat, had since the last general elections distanced himself from the Shettima-led government, a development many reasoned was a result of a silent war between both politicians.

According to a press statement issued by Hajiya Maryam Ibrahim, a Permanent Secretary on Administration at the Governor’s office, Shettima also retained his head of service and chief of staff, Barr Yakubu Bukar and Alhaji Modu Musa respectively.

The statement conveyed Governor Shettima’s congratulations to all the appointees for their well-deserved appointment, urging them to contribute immensely in the discharge of their duties towards development of the state.