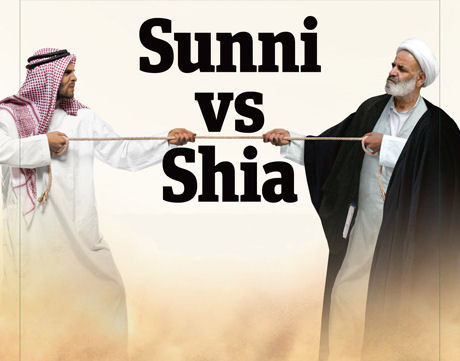 Skirmishes between Sunni and Shia Muslims have been witnessed in northern Nigeria. This may be rearing its ugly head again in Nigeria where majority of Muslims belong to the Sunni sect.

This came as the Shi’ites, led by prominent Muslim cleric, Malam Ibrahim Zakzaky, accused the Jama’atu Nasril Islam (JNI) of plotting to discredit members of the movement.

The JNI, an umbrella group for the Muslim community in Nigeria, had during its 2015 pre-Ramadan conference described the Shi’ite Ramadan lectures of Tafsir as inciting and not conforming with stipulated standards.

Presenting a report of the 2014 Ramadan during the conference, the JNI Secretary General Dr. Khalid Aliyu, said that “The most dangerous session of Tafsir which has surfaced recently in the public domain is the Shiite Tafsir which is being aired by some radio and television stations.”

Reacting in a petition at the weekend, Zakzaky through his group’s Media Forum, demanded unreserved apology, describing the JNI position as mischievous.

The Islamic Movement sent copies of the petition to the Governor of Kaduna Sate, Bureau for Religious Affairs, Islamic Matters, Kaduna State, the Nigeria Supreme Council for Islamic Affairs as well as the Islamic Human Rights Commission in the United Kingdom.

“The JNI has betrayed its role and mandate as the umbrella body of Muslims in Nigeria, creating mischief among Muslim brethren. The irony here is that, it is doing exactly what it is warning other Muslims against,” the petition read.

“It is clear that the JNI is setting the stage for the isolation of the Shi’ites in the forthcoming Ramadan Tafsir broadcast.”