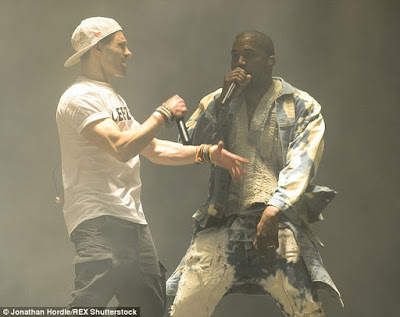 When fans heard that Kanye West was going to perform at the Glastonbury Festival, they reacted with disappointment that show organisers had lined up a hip hop artist when it was traditionally a festival for other genres of music. 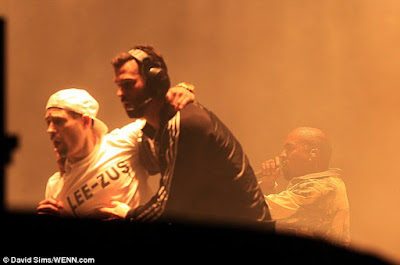 So there was a strong petition signed by 134k angry Glastonbury fans to have Kanye’s headline act cancelled but he still performed, so one music fan took matters into his own hands on Saturday night, found his way onto the stage and interrupted Kanye West’s Pyramid stage performance before being dragged off.

The stage crasher was comedian Lee Nelson who gave Kanye a taste of his own medicine after the rapper famously interrupted Taylor Swift and Beck during awards acceptance speeches.
Kanye was in the middle of an expletive-laden performance, which went out live on British television, when Lee invaded the stage at Worthy Farm in Somerset. 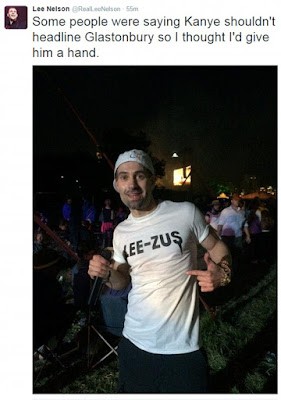 Nelson wore a T-shirt that mocked the rap artist’s album Yeezus – as it read ‘Lee-zus’ instead – and tweeted before the gig: ‘Some people were saying Kanye shouldn’t headline Glastonbury so I thought I’d give him a hand.’ 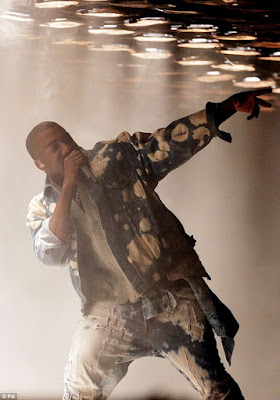 Even though Nelson brought his own mic, he still wasn’t able to have much of an impact before security bundled him off while Kanye was still singing. 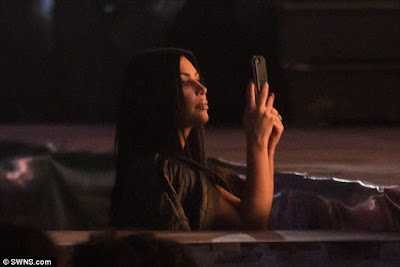 Of course, Kim was there to support her husband and take plenty snapshots of the performance and her self. 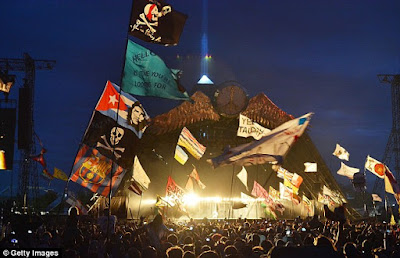 Despite the petition, fans still came out en-masse and seemed to enjoy Kanye’s performance
lindaikeji.blogspot.com