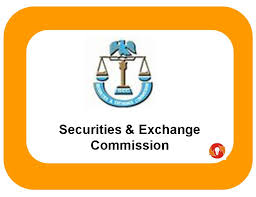 The Securities and Exchange Commission (SEC) has said it is okay for state governments to borrow in order to augment their allocation from the federation account but warned such loans must not be for consumption.

A statement by the SEC Director General, Mounir Gwarzo in Katsina at the SEC Day at the ongoing 18th Katsina State Trade Fair, said cheap funds can be accessed through equities, bonds or mortgage bond securities.

Represented by Head, Kano Zonal office of SEC, Malam Adamu Sambo, Gwarzo said the Nigerian capital market has the capacity to provide long term funds needed to solve the infrastructural challenges in the country and act as a springboard that would fast track development of their states.

The SEC boss disclosed that the Commission was attending the fair in order to manifest one of its broad functions, which is to carry out enlightenment on the activities in the market.

“We are here to enlighten the Katsina state government and its people on the need for them to take activities in the market as a means for development. We have a new government in place and we hope that they will access the capital market to raise floating funds to meet their development needs.

He noted that both the federal and state governments in the last dispensation tasted the potential of the market as over N500 billion was raised from the nation’s bourse through bonds by various states for infrastructure development between 1999 and 2013.

Gwarzo expressed dismay at the attitude of some state governments, who claim they do not want to borrow funds for development in order not to throw their states into debts, saying such attitude was counterproductive as it is better to borrow to meet infrastructural needs than to be contented with just paying salaries.

He said “indebtedness is not bad, what is bad is a situation where such funds are used for consumption. If there is commensurate infrastructural development on ground, there is no regret in borrowing. Even abroad, states borrow for development”.

Gwarzo, therefore, urged the state governments to embrace the capital market in their economic strategy in other to meet the needs and aspirations of their people.