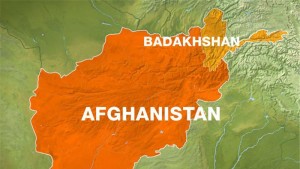 Hundreds of Taliban fighters have wrested control of Badakhshan province’s Yamgan district in northeastern Afghanistan after attacking the district headquarters from four directions, officials have said. Aljazeera has more:

An Afghan local police commander told Al Jazeera that 10 police officers were killed in the attack which started at about 4am on Saturday.  The toll differed slightly from that given by the parliamentary representative for the province, Abdul Wali Niazi, who told local media that seven police had been killed and three had been taken hostage.

Abdullah Naji Nazari, the head of the provincial council, did not confirm the casualty figures, but said the centre of Yamgan had been captured by the Taliban. “The situation is tense and worrying if reinforcements are not sent in time,” he said. Taliban spokesman Zabiullah Mujahid said fighters had taken control of several checkpoints and the district centre, killing several members of Afghan forces and seizing weapons.

Al Jazeera’s Nicole Johnston, reporting from Bamiyan, in central Afghanistan, said security forces were regrouping and planning an offensive to retake the district.